On the heels of the endorsement from the Florida Police Benevolent Association, 48 sheriffs throughout the Sunshine State announced their support for President Trump’s re-election at an event with President Donald J. Trump in Tampa, Florida.

“Now like never before, America needs a President who stands strong with our law enforcement officers and who will be unwavering in protecting what I call our three C’s: our citizens, our cops, and our Constitution. Donald Trump is that President, and each of us on this stage knows just how important it is to have his continued support from the White House and making sure that America’s law enforcement officers have the resources, tools, and backing that it takes to get the job done,” said Sheriff Wayne Ivey.

Sheriff Ivey went on to say, “Now more than ever, we need a president that ignores the insanity of those who suggest defunding the police and a president who stands shoulder to shoulder with the brave men and women of law enforcement who put their lives on the line every day to protect our citizens, our homes, our businesses, and our way of life. Donald J. Trump is that president.” 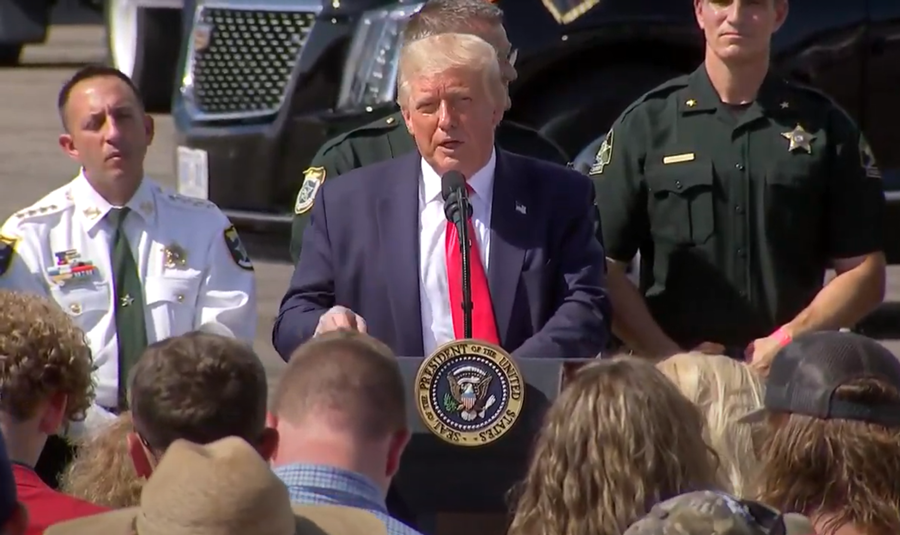